Who is going to the UK? 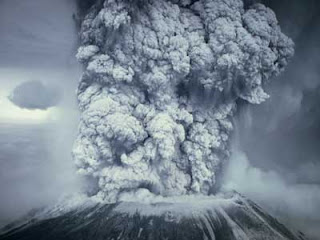 All the European media are carrying epic tales of travelers' efforts to get home because of Iceland's volcanic cloud, that paralysed air traffic in northern Europe. Journeys by bus, car, train, bicycle and on foot, across seven countries, are not unusual.
Hundreds of flights to the UK have been cancelled after fine volcanic ash, invisible in most cases, drifted into Italian airspace yesterday morning.
The airports across northern Italy remained shut yesterday, as meteorologists warned that volcanic ash from Iceland had reached skies above Tuscany.
Airports such as Linate and Malpensa in Milan and Genoa's Cristoforo Colombo were in complete lockdown. Meanwhile, Italian holidaymakers remained stranded across northern Europe.
In major European cities, travel chaos reigns supreme. Travellers will have to turn to ground- and sea-based alternatives, with coach and ferry services reaping the dividends.
Some Italian coach company Eurolines said that some of its routes had seen growth of 600 percent after it put on hundreds of extra services and that "the demand for Eurolines services is still increasing."
The Italian rail network, Trenitalia, said it had laid on dozens of additional trains to cope with the flight ban and was working with other European rail authorities to increase the number of international journeys.
Train operator Eurostar said it was carrying almost 50,000 passengers going to London, Paris and Brussels.
Ferry operators in France received a flurry of bookings from people desperate to cross the English Channel to England, while a taxi company in Milan said it had received requests for journeys to cities as far away as Paris, London and Amsterdam.
I would imagine all the Eurostar trains and buses are choc-full. If you need to go back to England from Perugia you can contact http://www.umbriacoach.it/
This company is based in Assisi, and they are able to provide cheap coach travel all over Europe.

It won’t be a volcano that ends man’s existence on this planet!
at Tuesday, April 20, 2010