Italian nanny for the new Prince of Cambridge

We have no doubt that the Italian people will be nodding their heads in encouragement at the news that 42 year old Antonella Fresolone has been selected for the much sought-after post as governess to the Duke & Duchess of Cambridge and there new, yet-to-be-named male charge. Little has been made of the story thus far in the British press, as every journalist and photographer worth their salt are hanging on news of the baby's name and the first public appearance.

The Italian press have shown obvious delight, however, that the future king of England should be brought up by an Italian. Undoubtedly they will cite his future health and vigour as a natural reminder of the benefits of Italian cuisine, which we wholeheartedly agree with! Signora Fresolone, although unmarried and without children, is by all accounts an excellent cook.

Signora Fresolone has been in the service of Buckingham Palace for 13 years, and according to some reports is considered by the Queen herself as one of the three preferred domestic servants. It would appear therefore that the Queen wishes only the best for her latest and, perhaps, most important grandchild to date. We wonder if the young Prince of Cambridge will grow up bilingual, or will his 'tata italiana' be under strict instruction to stick to classic royal vowels?? 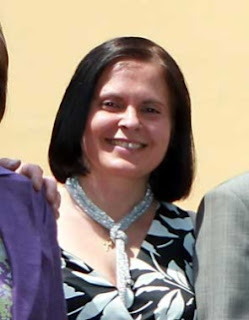