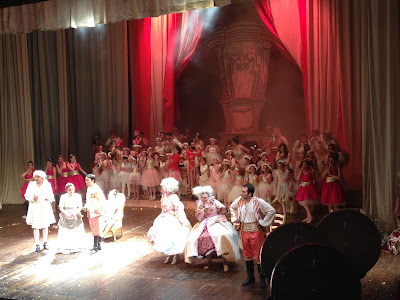 On a wet afternoon in Florence last Saturday, the Teatro Giuseppe Verde held court to the playful and highly enjoyable 'La Cenerentola' (Cinderella) opera, nearly 200 years after it was first performed in Rome's Teatro Valle on 25th of January 1817. Gioachino Rossini's world famous 'dramma giocoso' was based on the short story by Jacopo Ferretti, and is an early version of the well known tale of Cinderella. Done in collaboration with the Comune of Cortona, in an effort to promote the genre and musical education, the opera co-starred some 50 children from the Cortona area alongside internationally renowned operatic actors. The show was played out for several consecutive days in the same theatre to school parties from Florence and the surrounding areas, before the main public showing on Saturday before some 1500 people. A wonderful chance for future generations to enjoy a musical genre and spectacle that is all too often seen as the preserve of older or wealthier generations. We very much hope that the Comune of Cortona will see its way to organising another opera in the coming year! 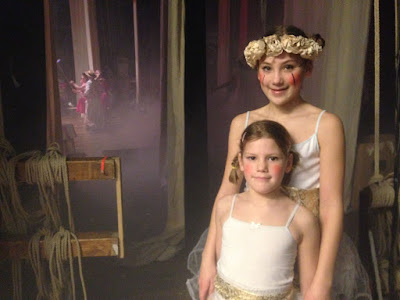