Heartache under the Tuscan sun 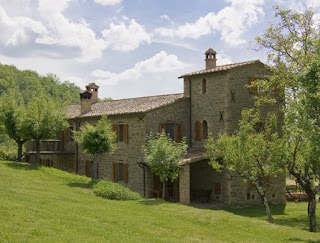 A stone farmhouse in Tuscany basks in the sunshine, surrounded by olive groves and cypress trees.
The view from the terrace is of autumn mist rising across Umbrian hills.