If it wasn't bad enough losing the BBC channels last week the ITV channels disappeared last night along with Channel 4!
Now we all know that we weren't really supposed to be watching these channels and that the possibilty to receive them was a fluke, but anyone who has actually watched Italian TV will probably understand why a bit of TV from the UK is a necessity to a Brit abroad. To make matters worse the BBC radio stations have also gone, though it is still possible to listen to them via Internet; for the moment at least..
So what to do? If the Internet connection is fast enough you can stream stuff and there are ways of hiding your IP address so that you can watch BBC I player on a computer or device of some sort. Still, it's all a bit of a palaver; so maybe we should be trying to wean ourselves off the goggle box and do something else. Monopoly anyone? 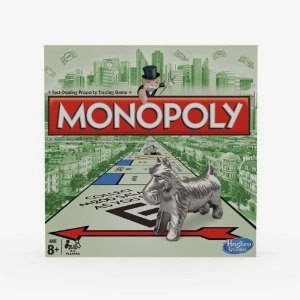