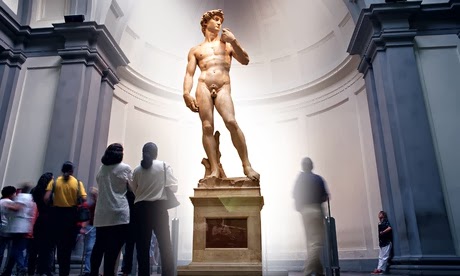 Italy is threatening to sue the credit ratings agency Standard & Poor's for failing to value its historical and cultural treasures. The country that gave birth to Dante, da Vinci and La Dolce Vita, thinks financial analysts would not have issued a damaging credit downgrade against Italy if they had paid more attention to its cultural wealth than its budget deficit.
According to the Financial Times, Italy's auditor general, the corte dei conti, believes that S&P may have acted illegally and could be sued for a staggering €234bn.
The paper cites a letter from the corte dei conti notifying S&P that it is considering legal action: "S&P never in its ratings pointed out Italy's history, art or landscape which, as universally recognised, are the basis of its economic strength." S&P has described the claims as "frivolous and without merit".
The investigation extends to S&P's rivals Moody's and Fitch, with further details expected to be revealed by the corte dei conti on the18th of February. Moody's dismissed the allegations, while a spokesman for Fitch said: "As we understand the prosecutor's concerns, we believe Fitch at all times acted appropriately and in full compliance with the law."
at Wednesday, February 05, 2014