Is Italian the World's most enchanting language? 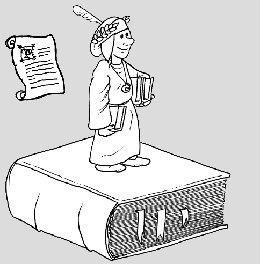 English is well on its way to becoming the dominant global language- one out of four of the world's population speak English to some level of competence and demand from the other three-quarters is increasing. English, the world’s most utilitarian language, has infiltrated many realms of Italian life and Italian is becoming a real hotchpotch of a language.
So many English words are replacing Italian words... NO COMMENT! An English expression frequently used instead of the Italian 'nessun commento' (save five letters!)
For example, browse through a typical Italian newspaper and it would be no surprise to read about 'un killer' on the loose who has left locals in a state of 'lo shock'. Thankfully, police have nailed him, putting 'un stop' to his crimewave.
In politics articles 'i business leader'  don’t need un 'poll' to tell that the Government’s committed 'un altro gaffe' and their plans look like being 'un gran flop'!
But enough of politics. Fancy catching up on the football in La Gazzetta dello Sport? Well, il 'derby' last night between i due 'club' di Milan, Inter and AC, proved a real corker, what with both sides pushing each other back with 'il pressing' ‒ until Inter’s Marco Materazzi proved 'il matchwinner' with a header from 'un corner'! But overall it proved 'un match bellissimo' and 'i fans' will be talking about it for days, and thank goodness there were no 'hooligans' at the stadium!
Then there are the showbiz magazines. Even worse. It seems like Geri Halliwell's sporting il suo new 'look ' now that she’s finally bagged herself 'un boyfriend'. Bet she and il suo partner can’t wait to spend 'il weekend' together in un 'resort'. And as for that Posh Spice, well, she’s always been more 'la snob' than la sexy.  A few pages on and there are some prime examples of 'le showgirl', whose names you probably won’t recognise and whose ambitions start and end with appearing on 'un reality show' and then bagging 'un VIP' or 'un pop star' so they can hang out with all the beautiful people and sui loro 'yacht'.  And finally, if you think you need un po’ di 'restyling', the fashion editor’s an expert on 'il beauty' and what are gli accessori must. She’ll tell you all about il new look this summer, which apparently involves applying 'il make-up' only sparingly. I 'colour' for this season 'sono black and white', combining un 't-shirt extra large' with 'un paio di jeans'. This is 'il nuovo trend'!!
Again...
Weekend – instead of 'fine settimana' (save 7 letters!)
Welfare – instead of 'benessere', we have a 'Ministero del Welfare' in the Italian Government!!
Briefing – no one word translation in Italian! 'Riunione'? Maybe...
No excuse for mission! Missione in Italian- only one more letter!!
In order to stem the advance of anglicisms a little guide called 'Il Codice Itanglese,' (The Itanglese Code)- has been written. It is a set of rules for the appropriate use of English terms.
Itanglese is the Italian language used in certain contexts and surroundings, characterised by frequent and arbitrary recourse to English terms and expressions.
According to 'Il Codice Itanglese' here is a list of circumstances where Italians should not use an English word-
when only trying to appear more modern or advanced technologically. Rather than going online, in Italian you should go in rete (on the net) to check for posta elettronica (e-mail) or scaricare (download) a file. But why even consider a humdrum English word like 'hacker' when you can stick with the far more dashing pirata informatico (information pirate);
when you are suffering the laziness of not wanting to translate it from the original. Resist such temptations as opting for weekend instead of fine settimana, ok! For bene!, No smoking for vietato fumare, hobby for passatempo or chewing gum for gomma da masticare;
when English words might ruin the grammar or syntax of the rest of the phrase. There’s something jarring about phrases (ubiquitous on signs in Italy) such as 'il pranzo business' (business lunch) or il negozio fashion (fashion shop);
when the original meaning of the English term changes in the Italian. The Italian word ticket, for instance, translates as a medical copayment, not as a biglietto for a museum or movie. In Italian golf refers to a pullover sweater, mobbing to bullying or harassment in workplaces and slip to women’s underwear, not to a slip of the tongue (although it certainly would be);
when the origin of the English word is Latin. Honour word’s roots, and say centro rather than centre, fanatico rather than fan, supermercato rather than supermarket and esame instead of test.
Come on you can make it! Don't give in to 'lo stress'!!
at Thursday, September 09, 2010