On 13th of December is Saint Lucia's day: Christianity and Paganism intermingle effortlessly 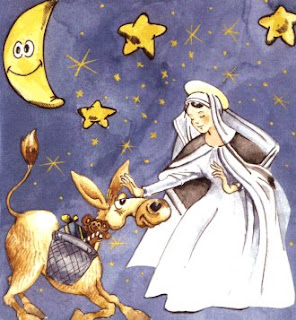 Saint Lucy (283–304), also known as Saint Lucia, was a wealthy young Christian martyr who is venerated as a saint by Roman Catholic, Anglican, Lutheran, and Orthodox Christians. Her feast day in the West is 13 December; with a name derived from lux, lucis "light", she is the patron saint of those who are blind. Saint Lucy is one of the very few saints celebrated by members of the Lutheran Church among the Scandinavian peoples, who take part in Saint Lucy's Day celebrations that retain many elements of Germanic paganism. Saint Lucy is one of seven women, aside from the Blessed Virgin Mary, commemorated by name in the Canon of the Mass. Hagiography tells us that Lucy was a Christian during the Diocletian persecution. She consecrated her virginity to God,[3] refused to marry a pagan, and had her dowry distributed to the poor. Her would-be husband denounced her as a Christian to the governor of Syracuse, Sicily. Miraculously unable to move her or burn her, the guards took out her eyes with a fork. In another version, Lucy's would-be husband admired her eyes, so she tore them out and gave them to him, saying, "Now let me live to God".

In Italy St. Lucy is called Santa Lucia. St. Lucy’s Day is observed throughout the country, but is especially honored in Sicily. The day has traditionally been celebrated with bonfires, processions, and other illuminations. In Sicily St. Lucy, dressed in a blue cloak showered with stars, and her donkey Castaldo bring gifts to children on the eve of her feast day. Children leave their shoes outside on St. Lucy’s Eve in order to collect her offerings. Sicilians also remember the miracle that St. Lucy performed when famine struck the island. According to legend, hunger had weakened so many that the people of Syracuse went as a group to the church to ask the saint to deliver them. While they were praying, a ship loaded with grain sailed into the harbor. For this reason Italians celebrate St. Lucy’s Day by eating a boiled wheat dish called cuccia or cuccidata. Lucy is the patron saint of the Italian cities of Syracuse and Milan.

Scholars agree that the legend of St. Lucy contains more fiction that fact. Nevertheless, her cult flourished in Syracuse as early as the fifth century. In the sixth and seventh centuries it spread to the Italian cities of Rome and Ravenna. Eventually her fame stretched across Europe, and she became one of the most popular saints of the Middle Ages. Artists often depicted her carrying her eyes in a dish or holding the palm of martyrdom and a lamp. Some portrayed her with a sword thrust through her throat. People invoked the aid of St. Lucy for afflictions of the eyes and throat. Although her feast day currently falls on December 13, before the sixteenth-century Gregorian calendar reform, St. Lucy’s Day fell on the winter solstice. Legends claimed that the saint blinded herself on this, the shortest day of the year. In fact, her name, Lucia, comes from the Latin word for “light,” lux. Thus, many old folk customs invoked Lucy as a symbol of light, especially the light that coincides with the lengthening of days after the winter solstice.

St. Lucy’s Day is especially celebrated in the country of her birth, Italy, and in Scandinavia. How did this Italian saint develop a following in the land of the Vikings? When the people of the cold, dark North converted to Christianity around 1000 A.D., they acquired a special fondness for the saint whose feast day marked the return of the sun and whose name itself means “light.” Over the centuries they kindled many flames and fires in her name. At one time people in northern Europe lit “St. Lucy’s fires” on the evening of her feast day. They threw incense into the flames and bathed in the smoke, which was said to protect one from witchcraft, disease, and other dangers. While this was happening, others played music to accompany the sun’s changing course. An old Scandinavian custom forbade all turning motions on St. Lucy’s Day, including spinning, stirring, and working a grindstone. Superstitions warned that these circular motions might interfere with the sun’s change of course.

Folk belief also hinted that miracles occurred at midnight on St. Lucy’s Eve. The few souls awake and alert at this potent hour might hear cattle speaking or see running water turn into wine. In past times many believed that the saint had the power to shorten the winter season. This belief led to the custom of writing her name and drawing a picture of a girl alongside it on doors and fences in the hopes that the saint would hasten the end of winter. Another old custom encouraged people to keep a candle burning in their home all day long on her feast day.
at Wednesday, December 14, 2011