The word 'Calendimaggio' comes from the Latin word 'calendae', first day of the month in the ancient Roman calendar. 'di' means 'of,' and 'maggi' is the Italian word for 'May', so Assisi’s festival is a celebration of the return of spring, and it takes place on the first consecutive Thursday, Friday and Saturday in May. Many cultures in many countries have such festivals to celebrate the rites of spring. 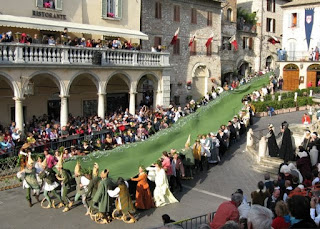 I am very impress on your information.
Property search London