Let's take a look at the market for Italian real estate in Tuscany & Umbria in 2013, and some comparisons with 2012. In broad terms the volume of residential sales in the first half of 2013 was lower than the same period in 2012, by an average of 13% for the 10 provinces of Tuscany and 17% for the 2 provinces of Umbria. 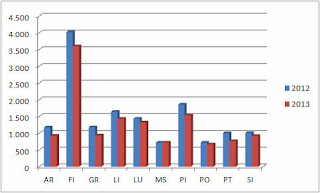 Perugia performed significantly better than its provincial cousin Terni, in Umbrian terms, with only a 10% drop in sales compared to nearly 25% for Terni. 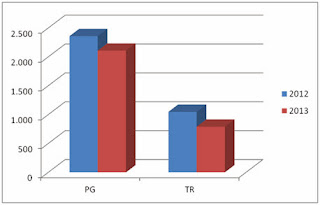 The better performers in Tuscany were the provinces of Lucca and Siena, with a 7% and 8% drop respectively, while the Grosseto and Arezzo fared less well, with drops of 20 and 21%. 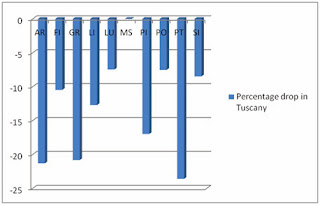 Overall however, both Tuscany and Umbria in the first half of 2013 experienced a fall in sales of roughly 15% compared to the same period in 2012. 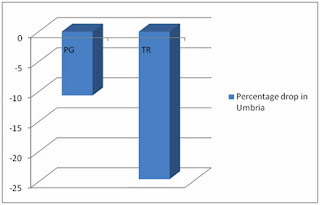 The province with the highest sales, perhaps unsurprisingly, is Florence, with an average of 1,800 residential sales every quarter. Arezzo by comparison has roughly a third of that figure per quarter, but then population wise Arezzo is 3 times smaller than Florence, so the per capita figures are actually almost identical for the two provinces.

Despite the obvious negative connotation of these figures, throughout 2013 we at Abode have seen strong growth in inquiries and the general feeling in the market has been positive.

We look forward to being able to bring you some more comparative information once figures are available for the second half of 2013.